Front Brake Job - As a heads up its your standard disk brake job. Nothing special. I was debating about putting this up, but it seems like the general consensus is that vehicles with a regen braking system has some "special" brake systems, so I am shooting to dispel that myth.

Regen braking is a property of the electric motor and not the brakes. In a nutshell, if you are in gear and you hit the brakes the on board electronics switches the AC electric motor from propulsion generation to electrical power generation. The net effect is a very strong compression braking effect. Your actual, physical brakes have nothing to do with the systems functionality. Your brakes work the exact same way as everyone else's front brakes. You have a pair of pads actuated by a hydraulic piston (the caliper) which squeezes the spinning rotor that is bolted to the wheel/hub assembly. You still slow down and stop via friction. If you were to take the car out of gear you wouldn't have any regen braking, since the electric motor is splined to the crankshaft, hence it would be disconnected from the drive line.

I blame most of the ignorance of the system on Toyota and the marketing of the Prius.

Jack up and secure the car. Remove the wheel on whatever side you want to start on. I normally start drivers then go to passengers, but it doesn't matter. Once the wheel is off, you should see this if you brakes have gone down the tube and your car has been sitting for six months. 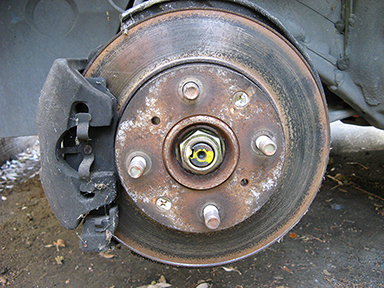 Now in my case I needed to replace both the pads and the rotors. So I'll be covering both.

Your caliper and caliper support bracket is held to the knuckle via the following bolts. 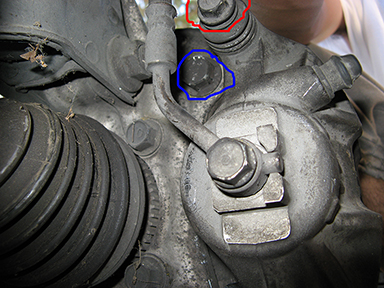 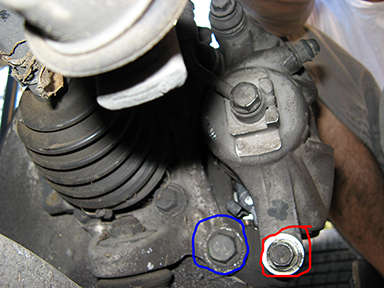 The bolts in blue need a 17mm socket, the ones in red use the 12mm. The 17mm will be stubborn, so use the sledge to help them out. You will only be able to access the blue bolts after the red ones are removed. Do not use an impact gun on them as you can damage the protective coating on the bolts.

Once the red bolts are removed, rock the caliper fore and aft a bit to release the piston. Slide the caliper off and secure it somewhere. I was able to rest it on the A arm without a problem. Once secure remove the caliper support bracket. When you unbolt it, its going to more or less fall on the ground, which is fine. Its a solid hunk of aluminum. You should see this 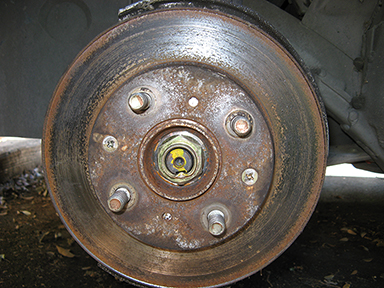 As you can see there are two little screws holding the rotor to the hub. Its screwed on to aide assembly and to rust in place you when you need to replace the rotor. All told you really don't need em. The lug nuts secure the rotor to the hub, those tiny things aren't going to do squat.

Now the best and easiest way to remove those screws is via an impact screwdriver. Unfortunately I don't have one, and at the time of this project was too lazy to go to Harbor Freight and go get one. So I fabbed my own impact screw removal device.

Before I get into it, first try to remove the screws normally, using the #3 and a screwdriver, if it comes out sweet, else continue on......

To remove those screws, take your #3 screw driver bit and you sledge hammer. Line the bit up and pound it into the screw with the sledge, the screw is made out of a soft metal and it should be easy. Your goal is to get the bit stuck in there, not to smash the screw to bits. Once the bit is stuck, slide the box end of your 1/4" wrench over the end of the bit. Attach the extension to the 13mm deep, and slip that whole thing over the end of the wrench. Should look like this 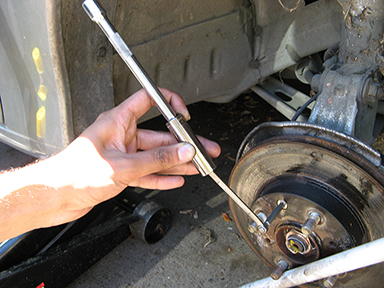 Now using one hand, apply some constant pressure to the "tool", and using the other hand tap the end of the bit with the sledge. After a couple of taps it should pop loose. Unscrew it and now remove the other one using the same method. If the hub starts to spin, either get a helper to hold it or just something to jam it.

Once the screws are out just pull the rotor off.

Pics of the new rotors 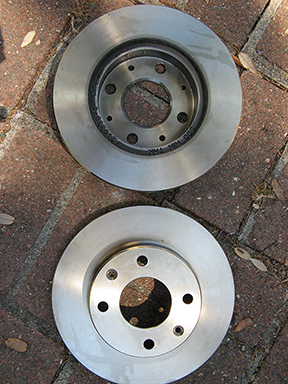 All that is left is to slide the new rotor on to the hub. Don't reuse the screws if you don't want to, I didn't. To hold the rotor in place just use one of the lug nuts.

Some pics of the hub. Seems like Honda machined off all the excess metal, leaving only what was required. 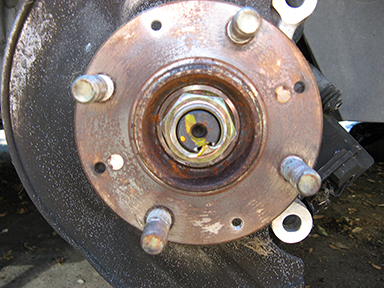 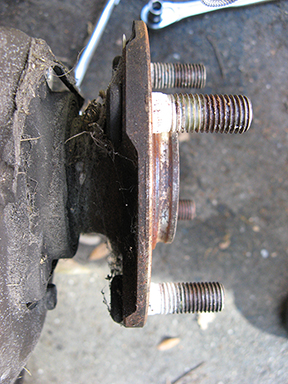 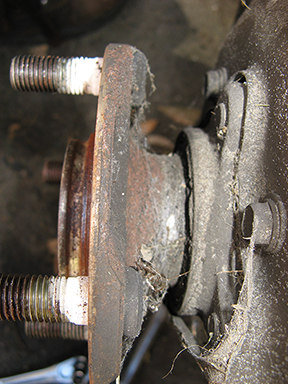 Once the rotor is back on, reinstall the caliper support bracket. Make it nice and tight. Take your C-clamp and one of the old brake pads and squeeze the piston back into the caliper. 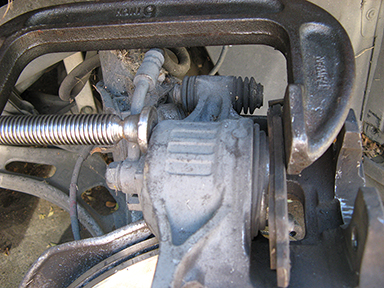 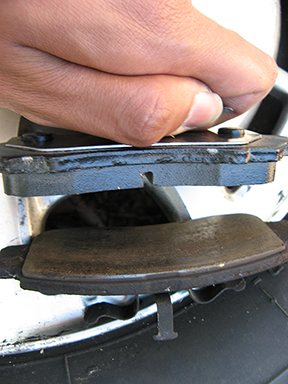 The caliper itself had a cool Honda logo cast into it 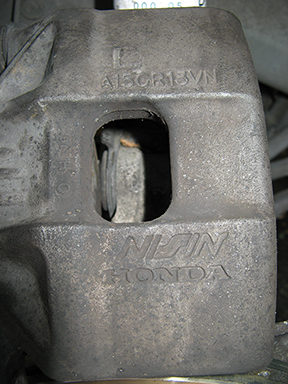 Be sure to lube up the top slider bolt. 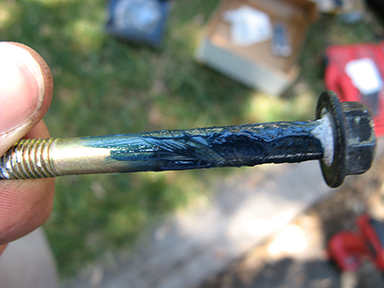 Torque it down snug. 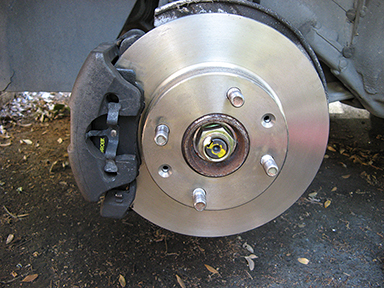 And that concludes my last major thing to do. Left to do, replace the serpentine belt (keep forgetting to do it), and install the tires. I've also got a leaking strut. 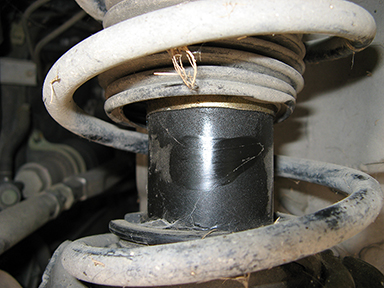 So I'm hoping to upgrade, though parts are scarce.

All the other things left to do is body work. Get the dent fixed, raise the bumper back up and the hood all the way down.

But I'm not going to do any of that stuff until I get plates. As soon as I can get tires on it I can get it inspected and registered!